Charitable work is just one of the things Freemasons are involved with. It’s undoubtedly an important aspect but not the be all and end all of Freemasonry. It is more an inevitable result of, who we are or who we strive to become.

All the money raised by Freemasons, and given to charities, is raised internally. Nothing is collected from the general public. We don’t do ‘chugging’! All Masons are encouraged to give generously, but only within their means (there is no set amount or percentage), through alms collections, gift aid etc.

Freemasons give to charity in four ways. First through our annual dues to the Grand Lodge, second through gift aided donations, third by alms collected at each meeting and fourth, in lodges which hold raffles, by purchasing raffle tickets. The brethren decide themselves where their donations are applied. The Lodge Charity Steward is the brother who carries out those wishes. 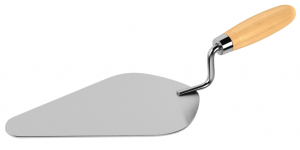